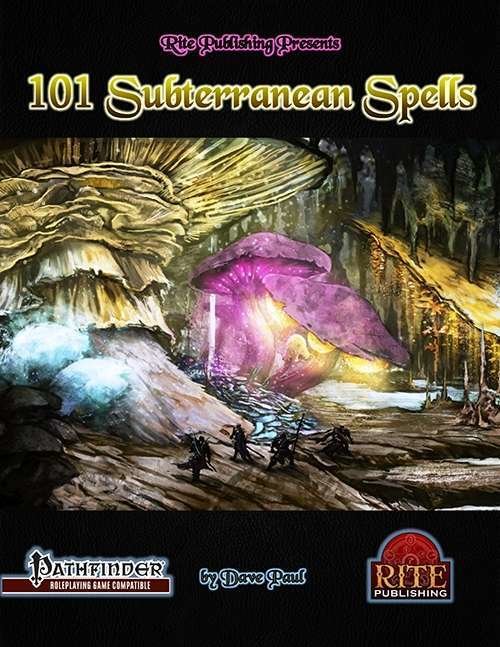 Before You Go Underground Again...

101 Subterranean Spells widens the spellcasting choices for players seeking adventure in the deep places of the earth, putting new and unexpected opportunities in the hands of GMs looking for ways to challenge characters eager to explore the world below.

Cultures and races from across the globe entomb their dead in the earth; what nefarious powers seep into the rock from those necromantic energies? Weird and alien races, some of them never seen anywhere near the surface, have unusual powers rarely tapped by surface races—what happens when arcanists and alchemists perform experiments on specimens from those dark places?

Save this product for later
Display prices in: USD