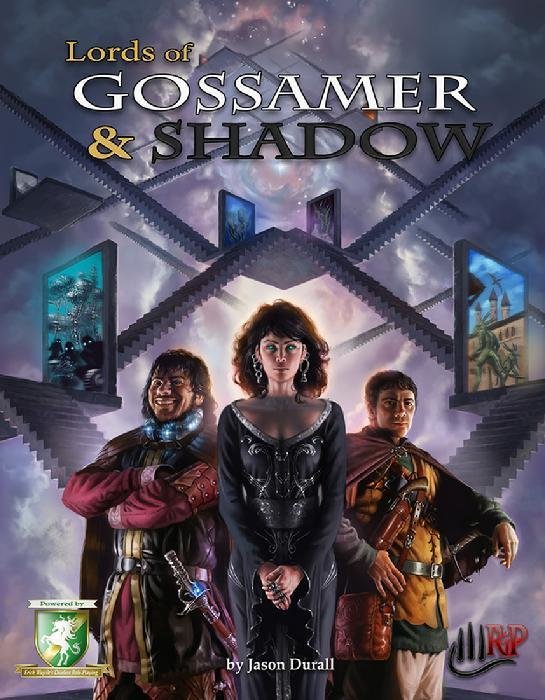 Lords of Gossamer and Shadow(Diceless)

Your Player's choices and action are far more random than dice!

Our world is but one of untold many, a flux of chance caught in the struggle between form and cacophony. Always, these forces are at war, shaping the infinite worlds. The immortal, self-appointed sovereigns of battle move between planes of reality with impunity: they are creators, shapers, and destroyers of worlds.

In Lords of Gossamer & Shadow, you are caught up in this immense conflict. Possess unique and idiosyncratic magical artifacts, command legions drawn from the myriad of otherworlds, and wield incredible powers that alter the very substance of reality. Whether born into it or discovering it later, your character has inherited a legacy of unimaginable power... and with it great danger!

Save this product for later